You are here: Home / ABOUT / History 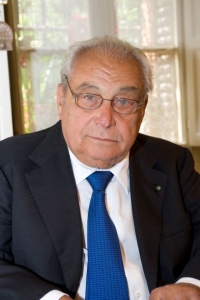 The decision of Count Giovanni Auletta Armenise to establish a foundation in the name of his uncle and mentor, arose from his love for his wife, Dianora Bertacchini, who died from a brain tumor in 1994.

Following a worldwide search for the best available treatment for her condition, Count Auletta brought his wife to the Massachusetts General Hospital and Harvard Medical School (HMS).

Unfortunately, the couple came to realize that the most sophisticated therapies then available could not stay the inexorable advance of the disease.

They understood that, in part, ignorance of the underlying chemistry and biology of cancer cells prevented the development of more effective treatment.

This realization, along with the belief of the then HMS Dean, Dr. Daniel Tosteson, that investment in research to address fundamental questions in science could transform both medicine and agriculture, resulted in a partnership through which they resolved to support basic scientific research at Harvard Medical School and in Italy. 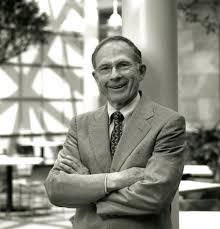 The Giovanni Armenise Harvard Foundation arose from this unique partnership formed between two men who wished to conquer disease by building a new infrastructure to fund the future of science.

In 1996 the Foundation was established; its name honors Count Giovanni Auletta Armenise’s maternal uncle and mentor, Count Giovanni Armenise, who launched the first Italian pharmaceutical company to manufacture and distribute penicillin in 1950.

In 2000, in recognition of the founder’s vision and generosity, Harvard Medical School renamed one of its buildings the Giovanni Auletta Armenise Medical Research Building.

In 2006, Count Giovanni Auletta Armenise was presented with a plaque from the President of the Republic of Italy in celebration of the Foundation’s tenth anniversary and in recognition that the Count’s generosity and vision in establishing the Foundation has done so much for scientific research in Italy.

In October, 2013, Count Giovanni Auletta Armenise passed away, which was a huge loss. Fortunately for the Foundation, his son, Count Giampiero Auletta Armenise, agreed to assume the chairmanship and continue the good work his father had begun.