You are here: Home / PROGRAMS

In choosing Harvard Medical School as a partner in his goal to benefit humankind by fostering scientific discovery, Count Armenise selected an organization at the forefront of science and medicine.

Located in an epicenter of scientific research, Harvard’s resources allow the Foundation to leverage its investment and nurture a valuable link between some of the best scientific minds in Italy and the U.S. 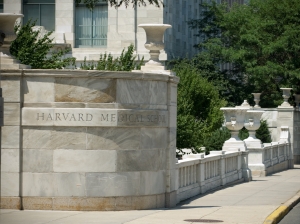 Since its inception, the Armenise Harvard Foundation has evolved with the times, altering its grant opportunities to address changing needs. Overall, the Foundation has invested over $70 million at HMS this far.

In addition, the Foundation has supported the Dean of HMS, contributing each year to a discretionary fund to be directed toward the Dean’s highest priorities. The HMS Dean has used these funds to address the changing needs of the school and to launch strategic projects supporting innovation and high quality research at HMS.

The Foundation is particularly keen on helping scientists at the start of their careers and the HMS Junior Faculty Grants is one example of this. Since 1997, over $7.3 million has been awarded to 50 outstanding young researchers at the Medical School, assisting in their first few years in Boston. These grants are helpful in getting research projects off the ground so they can prove a concept and then attract outside funds.

In 2013, the Foundation started to finance a very innovative initiative, The Harvard Program in Therapeutic Science (HiTS), at the forefront of rethinking the basic and clinical science needed to discover, develop and deliver better drugs. In particular, the Foundation is supporting the Laboratory of Systems Pharmacology through a starting grant, which has already proved essential in attracting further funding.

From 1998 – 2006, one of our grant programs was directed at neuro-oncology research at Massachusetts General Hospital. This led, in 2008, to the establishment of the Armenise Harvard professorships, one in Neurology at Massachusetts General Hospital and one in Basic Biomedical Sciences at the Medical School. On the campus, the Foundation has offered Armenise Harvard Center Grants, subsequently called Interdepartmental Grant , to basic science departments, which helped in a variety of ways with equipment purchases, salary support, seminar series, etc.

Since 1996 the Armenise Harvard Foundation has invested some $31 million in science in Italy, through science centers, awards, fellowships, meetings and symposia (including past programs). 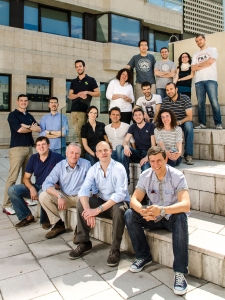 The Career Development Award program and the PhD Program were launched in 2001 to replace previous inter-institutional grants. The CDA Program targets outstanding early-career scientists who want to move to Italy from abroad, and the PhD Program supports Italian science graduates who have been accepted at HMS Division of Medical Sciences.

The Summer Research Fellowship for Italian university students began in 2009. Each year it brings outstanding 4th-5th year students at Italian medical or scientific universities to Boston, for a two-month research experience at HMS or at one of its affiliated hospitals.

A Science Writer Fellowship program had been running from 2000 to 2014 and is currently on hiatus.

From 1997 until 2001, the main area of support for Italian science by the Giovanni Armenise Harvard Foundation was through inter-institutional Collaborative Research Grants, designed to promote connectivity between scientific centers of excellence in Italy and Harvard Medical School’s basic science centers. The Collaborative Research Grants amounting to a total investment of just under $6 million distributed over 5 years, provided support to 56 scientists at five Italian institutions and led to over 30 publications in a broad range of research fields, and a new center for structural biology in Milan. 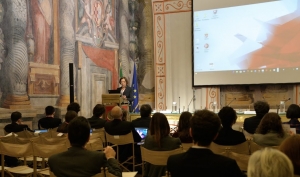 The Armenise Harvard Foundation nurtures scientific investigation and education through international symposia and other meetings that foster the exchange of ideas and encourage productive international collaborations.

The Armenise symposia are invitation-only meetings that give participants the opportunity to discuss, analyze and dissect a broad range of theories, discoveries and lines of inquiry in a supportive atmosphere.

In addition to the symposia, the Foundation has also hosted several public and semi-private conferences and seminars both in the United States and in Italy, exploring topics in cancer biology, neuroscience, structural biology, genetics and genomics, cell biology, systems biology, microbiology and immunology.