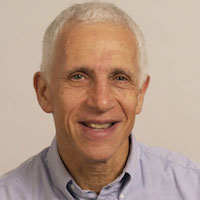 Stephen C. Harrison is Giovanni Armenise Harvard Professor of Basic Medical Sciences, Harvard Medical School and Boston Children’s Hospital, and Investigator in the Howard Hughes Medical Institute. He obtained his B.A. from Harvard in 1963 and his Ph.D. (Biophysics) from Harvard in 1968. He has served on the Harvard faculty since 1971. Between 1972 and 1996, he was Chair of the Board of Tutors in Biochemical Sciences, Harvard’s undergraduate program in biochemistry; he was Chair of the Department of Biochemistry and Molecular Biology (Faculty of Arts & Sciences) from 1988-1992, and Acting Chair of the Department of Biological Chemistry and Molecular Pharmacology (Harvard Medical School) from 2009-2012. He is also head of the Laboratory of Molecular Medicine, Boston Children’s Hospital. For many years, his research laboratory was linked closely with that of the late Don C. Wiley.

Harrison has made important contributions to structural biology, most notably by determining and analyzing the structures of viruses and viral proteins, by crystallographic analysis of protein/DNA complexes, and by structural studies of protein-kinase switching mechanisms. The initiator of high-resolution virus crystallography, he has moved from his early work on tomato bushy stunt virus (1978) to the study of more complex human pathogens, including the capsid of human papillomavirus, the envelope of dengue virus, rotavirus particles, and several components of HIV. He has also turned some his research attention to even more complex subcellular assemblies, such as clathrin coated vesicles and kinetochores.

Dr. Harrison is a member of the National Academy of Sciences, a fellow of the American Academy of Arts and Sciences, a member of the American Philosophical Society, and a foreign member of EMBO. He received the Louisa Gross Horwitz Prize (with Don Wiley and Michael Rossmann) in 1990, the ICN International Prize in Virology in 1998, and the Paul Ehrlich and Ludwig Darmstaedter Prize (with Michael Rossmann) in 2001.