You are here: Home / News / Notes from the Director, Lisa Mayer 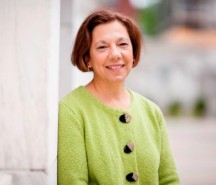 We are in the midst of another productive year at the Armenise-Harvard Foundation.  The fall capped an extremely rewarding application cycle for the Career Development Award Program (CDA), with many talented candidates.  The Italian Scientific Advisory Committee interviewed semi-finalists and chose the winners in early winter.  We are pleased to announce that Dr. Annalisa DiRuscio, currently at the Beth Israel Deaconess Medical Center in Boston, MA and Dr. Dario Bonanomi, currently at the Salk Institute in La Jolla, CA will be the newest additions to this very successful program.  Dr. Bonanomi will be joining the San Raffaele Scientific Institute in Milan, and Dr. DiRuscio will be moving to the University of Eastern Piedmont in Novara, Italy.

In early November, current CDAs were highlighted during a day-long event in Rome, co-hosted by Senator Elena Cattaneo, who also serves on our Italian Scientific Advisory Committee.  The meeting was attended by journalists and political colleagues from the Senate.  An eight-minute video was shown during the event, produced by Marco Motta and his colleague Stefano Faraon.  Mr. Motta is a past recipient of the Foundation’s Science Writer Fellowship.  The Call for the 2016 Career Development Award application cycle is now live and applications are available on this website, under Grants/Career Development Awards.  The deadline is July 15.

In mid-February, the Armenise Summer Fellows’ review committee, led by Dr. Annarita Patrizi, interviewed and selected the 2015 class, consisting of six women and four men.  These ten talented Italian university students will spend the summer in Boston, working in Harvard or Harvard-affiliated laboratories, and we cannot wait to welcome them.  Their predecessors, in the last five years, have gone on to graduate programs and job placements all over the world.

The Foundation’s Scientific Advisory Board, chaired by Professor Peter Howley, will review nominees for our Junior Faculty Grant Program later this spring.  This year’s awardees will join an extremely illustrious group of past recipients.

The Foundation’s various review committees, on both sides of the Atlantic, do such stellar work that it is not surprising that our grantees attract additional accolades.  Our Career Development Awardees are a very productive group, publishing papers and building their laboratory teams with Italian graduate students and post-docs.  Claudia Lodovichi has recently published a paper with a Harvard professor, Dr. Venkatesh Murthy, in the Journal of Neuroscience.  Alberto Bacci has a paper in PLoS Biology and Eelco van Anken is recently published in eLife Sciences, to name a few.  Visit their websites (Grants/Career Development Awards/previous recipients) for more on their recent work.

Excellence, an invigoration of basic science in Italy and the U.S., working towards achieving answers in the fight against human disease… these were the goals of the late Count Giovanni Auletta Armenise, now continued by his son, Count Giampiero Auletta Armenise.  We are so gratified to be able to continue his dream.