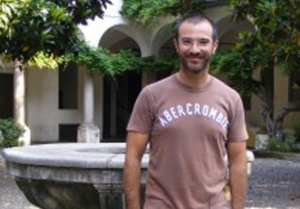 In describing the motivation for this year’s choice, the committee wrote “Davide Corona is Associate Telethon Scientist at the Dulbecco Telethon Institute, Dipartimento STEBICEF, Università degli Studi di Palermo. He has been a recipient of very prestigious awards such as the Giovanni Armenise-Harvard Foundation Career Development Award (ITALY-USA) in 2005, the HFSPO (Human Frontier Science Program) Career Development Award in 2005 and the European Molecular Biology Organization (EMBO) Young Investigator Program Award in 2010. In the last few years he has been recipient as PI of several grants from Telethon, AIRC, MIUR-CNR, EU/ FP7, EMBO, Giovanni Armenise−Harvard Foundation, Human Frontier Science Program. He has also been nominated by the Assessorato della Sanità Regione Sicilia, member of the Commissione Regionale per la Ricerca Sanitaria. His contributions to Epigenetics have been internationally recognized as demonstrated by his excellent publications record.

Davide research interest are chromatin modifications that constitute the epigenetic marks of genomes. Despite the wealth of data concerning the mechanisms of action of chromatin remodelling factors, mainly histone modifying enzymes, relatively little is known about how their activities are coordinated and inherited to regulate chromatin structure, gene expression and other nuclear functions. As an independent investigator Davide got interested in dissecting the regulation of the functional network between ATP-dependent remodelers and covalent modifiers of chromatin. Using the fruit fly as a model system he discovered that remodelers activity is regulated by a variety of evolutionarily conserved covalent modifiers of chromatin, as well as by unanticipated nuclear components including non-coding RNAs. In order to get mechanistic insights into this complex network of regulation his lab is currently working in dissecting the role played by ATP-dependent chromatin remodelling and non coding RNA in the onset and maintenance of stem cell identity and in controlling epigenetic cell memory.

All of this has been achieved in Italy, and working in Institutions located in difficult geographic locations. Davide is spreading enthusiasm for science not only within his own group but at any scientific meeting he is participating showing superb communication skills and altruism.”

A Smell of Sulphur – But it’s Not the Devil! Combined with Iron, Sulphur...