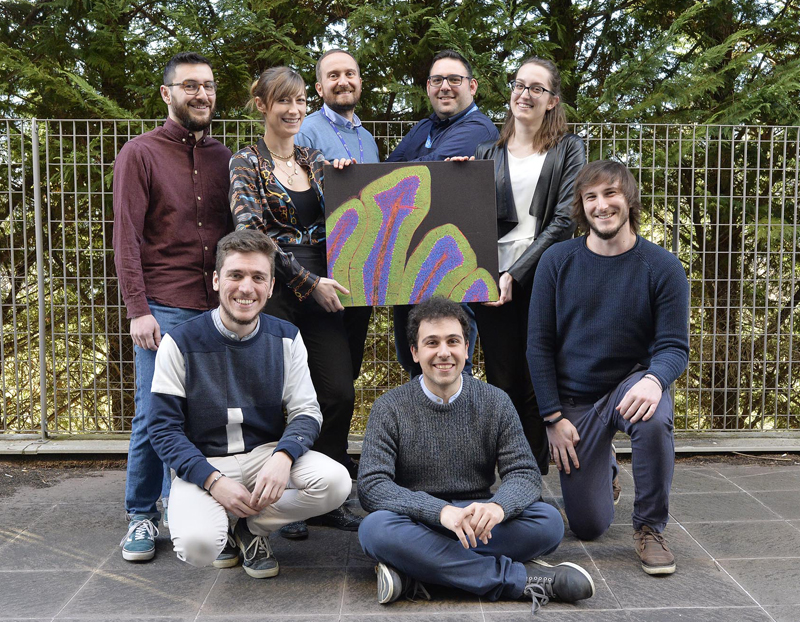 Trento, December 1, 2020 – Since 2016, no Italian has been added to the prestigious list of the best young European scientists. This absence from the international stage was filled this year by Luca Tiberi, team leader of the Armenise Harvard Laboratory of Brain Disorders and Cancer at the University of Trento and professor at the Cibio Department, who is the new winner of the EMBO Young Investigators 2020.

«This award shows that high-level objectives can be achieved with adequate funding in Italy» says Luca Tiberi. «Unfortunately, most of the funding we have received comes from private donations: the Armenise Harvard Foundation, AIRC and CARITRO. I think that, in order to strengthen the competitiveness of our basic research at European levels, we must first of all think of public funding commensurate with the importance of the role of research (for example, with more structured and regular calls for proposals, elimination of VAT, etc.). Secondly, we need to promote patronage, in which the public contribution is supplemented by private capital incentivized by a reduced taxation».

Winning the award will allow Tiberi and his research team at the University of Trento to strengthen the studies on organoids. In the future, this could allow   the production of large numbers of tumors in the laboratory at reduced costs, and lead to the ability to perform extensive screening to evaluate new therapies.

The research team led by Tiberi has recently obtained important results in the study of brain tumors. In particular, using the organoids created in the laboratory, they have discovered an important mechanism at the origin of medulloblastoma, the most common brain cancer in children, and also present in adults.

The career of a young scientist with great prospects 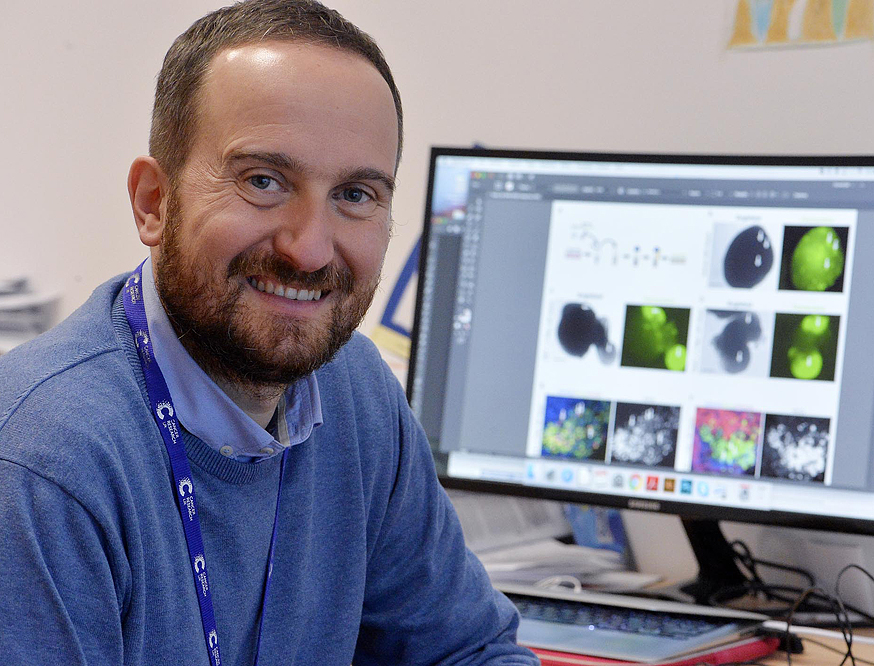 After a degree in Medical Biotechnology at the University of Bologna and a PhD in Molecular Oncology at the University of Trieste, Luca Tiberi moved to Brussels, where he worked on brain tumors in Pierre Vanderhaeghen’s laboratory. He remained in Belgium for almost 8 years, during which he specialized in the technology behind the development of brain organoids, i.e. ‘test tube brains’ to study the mechanisms underlying brain cancer.

In 2016, he won the Career Development Award (CDA) of the Armenise Harvard Foundation, which funds basic biomedical research at Harvard Medical School, in Boston, and at leading institutes in Italy. The CDA grant offers up to one million dollars for a period between 3 and 5 years, and allows rising post-doctoral fellows the chance to launch their own laboratories at fine research institutions across Italy. After being awarded the CDA, Luca Tiberi established the Armenise Harvard Laboratory of Brain Disorders and Cancer at the Cibio Department of the University of Trento.

In 2018 Luca Tiberi won the My First AIRC Grant, funded by the AIRC Foundation for Cancer Research. And in 2019 he won a grant from the CARITRO Foundation for the creation of new brain and lung organs.

This latest award is also an indirect recognition of the work of the Armenise Harvard Foundation, which, through the Career Development Award (CDA) program, attracts young scientists from all over the world to Italy to establish new biomedical research groups in various Italian centers of excellence. Luca Tiberi is the third CDA (out of 28 grant recipients) to win the EMBO Young Investigators Award.

The Career Development Award Program provides $200,000 a year for 3-5 years to young scientists to establish their own laboratory at a host institution where they can conduct independent life science research.

To date, the Armenise Harvard Foundation has supported 28 young scientists who now lead more than 200 researchers in their groups.

Since their arrival in Italy, the Armenise Harvard Career Development Awardees have produced more than 650 articles published in peer-reviewed scientific journals with a high average of citations per article. They have an average h-index of 23 (range from 8 to 47).

In addition, they have raised a total of over 71 million euros in additional scholarships, including ten prestigious European Research Council grants and one of only two Howard Hughes Medical Institute International Early Career Scientist Awards awarded to Italian scientists in 2012.