You are here: Home / News / How stem cells breathe 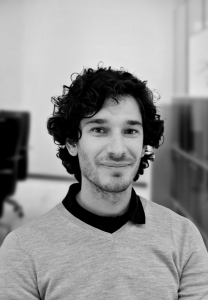 A research team led by Graziano Martello, at the Department of Molecular Medicine of Padua University, has shown evidence for the first time of the role played in vitro by the transcription factor STAT3 in oxidative respiration of embryonic stem cells.

The study, which was published in EMBO Journal, explains a particular metabolic mechanism linked to respiration in embryonic stem cells (ES). The transcription factor STAT3, belonging to the family of STAT proteins, is able to control the activity of mitochondria, ie the “lungs” of ES cells.

The Martello team used embryonic pluripotent mouse stem cells, in vitro, to observe their functioning at the cellular metabolism level. Pluripotent stem cells are essential to regenerative medicine studies because they have the ability to generate any other cell (but not an organism). In vitro they can proliferate without limit, maintaining all their proliferative capacity.

“We know well the cellular signals – or transcription factors – which keep these cells in the pluripotent state, but little is known about their metabolism” says Graziano Martello. “That’s why we decided to study the STAT3 factor, which in addition to its standard function in regulating transcription in the nucleus seems able to do something else”. Experiments have shown that STAT3 is indeed responsible for another important task: the regulation of transcription of the mitochondrial genome, and as a result of cell respiration. Mitochondria are organelles with their own DNA involved in cellular respiration.