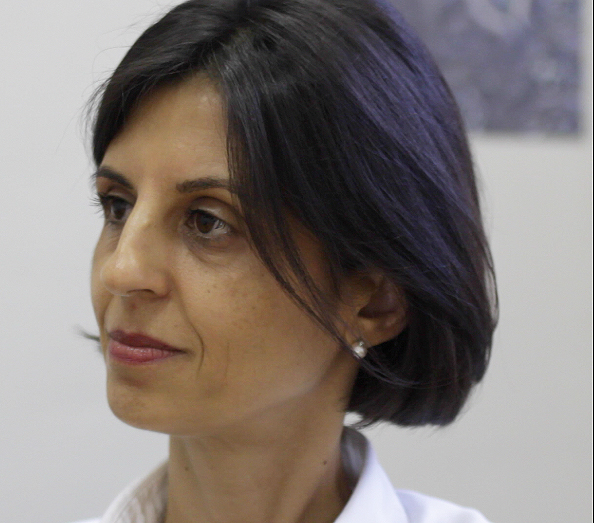 “Circuit formation and function in the olfactory system”, 2006

Neurobiologist Claudia Lodovichi graduated in medicine at the University of Pisa, Italy, where she earned a doctorate in neuroscience. She worked at the Duke University in Durham, North Carolina, between 1999 and 2003, and at the Columbia University, in New York, between 2003 and 2005. Since 2006 she has directed the research group “Circuit Formation and Function in the olfactory system” at the Venetian Institute of Molecular Medicine, Padua. She is also Assistant Professor at the CNR Institute of Neuroscience of Padua.

When US neurobiologist Lawrence Katz told her, just after having offered her a postdoctoral position in his lab in Durham, that she would have to study the sense of smell, Claudia Lodovichi was nothing short of surprised.

Until then she had worked with neuroscience luminary Lamberto Maffei in Italy, where her work centered mostly on the sense of sight, until then the sensory system most studied by neuroscientists. She had expected to continue to do the same with Katz, as his laboratory had focused on that theme until the end of the nineties.

But soon Lodovichi was captivated by the study of this sensory system, evolutionarily the oldest and the most mysterious.

Research on the sense of smell is now one of the “hottest” topics in neuroscience. It is also the primary interest of the laboratory that Dr Lodovichi – after six years in the USA – created in Italy at the Venetian Institute of Molecular Medicine, thanks to the Career Development Award from the Armenise Harvard Foundation.

Although, for humans, smells mainly have the function of triggering emotions and memories, for many animal species the sense of smell is a matter of survival. It is a vital function in searching for food, detecting predators, and choosing a mate. But the olfactory system is interesting for other reasons. It is a highly “conserved” system, that is to say that its basic mechanisms are unchanged from fruit flies to humans, and this makes it easier to use simpler animal models to draw conclusions that also apply to humans.

It is one of the few regions of the nervous system where new neurons are continuously generated, thus allowing study of the mechanism that controls the formation of new neural circuits. As for therapeutic applications, often the first symptoms of many neurodegenerative diseases (such as Alzheimer’s or Parkinson) are olfactory disorders, as if this sensory system were a “watchman” that serves as an alert when something is not working properly in the nervous system. This observation led to a collaboration between Lodovichi’s laboratory and Gustincich’s laboratory at the SISSA in Trieste.

Despite its evolutionary history and promise for future therapeutic application, we still know little about how the sense of smell works. Studying its neurobiology means trying to decode a very sophisticated system, which can distinguish thousands of different odors from relatively simple anatomical structures. Lodovichi’s laboratory uses anatomical and behavioral studies, functional imaging and electrophysiology, both in vitro and in vivo, to discover the processes involved in the development of neural circuits in the olfactory system of mammals, and to understand how the “code” of smell works.

In the olfactory epithelium (the part in contact with the outside world) there are specialized neurons, each one involved in the perception of a single odor, but organized without any apparent order. However, when signals from these neurons reach the olfactory bulb, all the neurons that express the same odorant receptor converge toward the same point (the glomerulus), creating an orderly sensory map, which then sends information to the cortex and other brain areas.