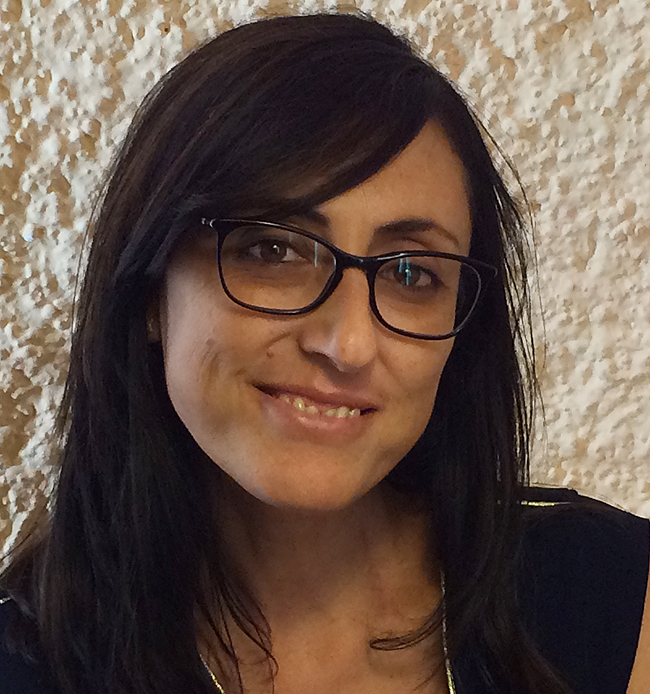 Luigia Pace is a scientist specialized in immunology and epigenetics. After a doctorate degree in Immunology at the University of Rome Tor Vergata, she moved to the Curie Institute in Paris in 2008, to work on the mechanisms of regulation of the adaptive immune responses. Between 2010 and 2012 she was a visiting researcher at the TWINCORE Institute of Infection Immunology (Hannover, Germany). Between 2012 and 2017 she worked on the epigenetic control of lymphocyte differentiation programs at Curie Institute in Paris. Her findings show a critical role of heterochromatin organization during lymphocyte lineage commitment and long-term memory.

She returned to Italy in 2018, thanks to the ArmeniseHarvard Career Development Award, and the support of the Compagnia di San Paolo. She is now leading the new Immune Regulation Laboratory at the Italian Institute for Genomic Medicine (IIGM) in Turin.

Luigia Pace research aims at understanding the mechanisms of immunological memory, focusing on elucidating the contribution of chromatin structure and dynamics to lineage diversification, functional specialization and long-term survival of memory T lymphocytes.

Our objective aims to understand the lineage relationships among naïve, effector, and memory T cells, as well as to unravel the epigenetics pathways and functional genome regions that regulate the gene expression programs during the transitions from one to another of these distinct states, how the subset cellular identity is established, maintained and changed across several generations and during long-term memory. In particular, the research program seeks to assess the role that heterochromatin dynamics and nuclear architecture changes might play in gene expression during lymphocyte differentiation, including pathological contexts such as cancer.

Understanding how to potentiate the immune response and the long-term memory immunity has important implications in several immunological settings, including the rational design of new immune-therapeutic vaccines and cancer immunotherapy protocols.

Luigia Pace is currently leading the Laboratory of Immune Regulation at IIGM, combining a variety of multidisciplinary cutting-edge approaches, including relevant translational models, epigenetic tools, genetic and genomic techniques, bioinformatics analysis and modeling. These aspects are analyzed both at molecular and single-cell levels, and in the context of T lymphocyte subset dynamics in cancer.