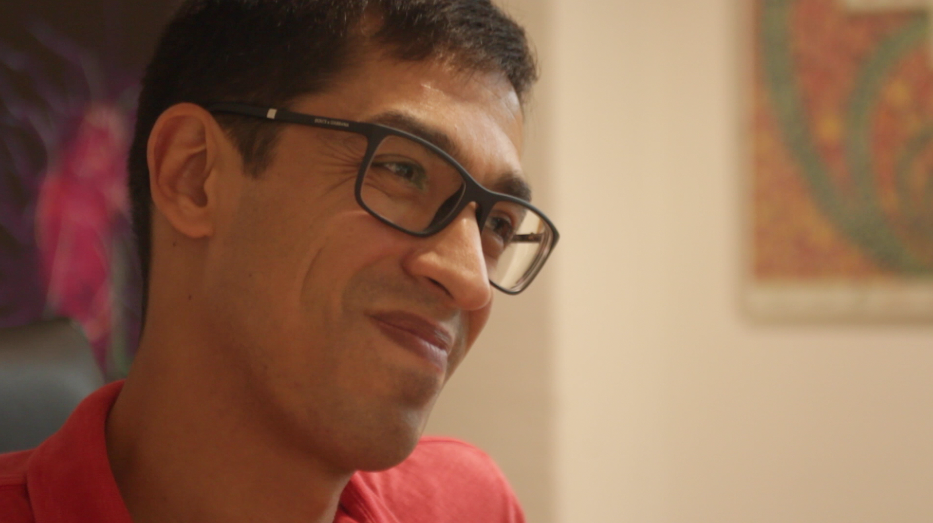 After a BS in Microbiology and a PhD in Biochemistry at Ohio State University, Sheref Mansy went on to work in Jack W. Szostak’s laboratory at Massachusetts General Hospital in Boston. In 2009, thanks to the Armenise Harvard Career Development Award, Mansy moved to Trento, where he is Associate Professor of Biochemistry at CIBIO (Centre For Integrative Biology) and where he founded the Armenise Harvard Laboratory “Origin of Life and Synthetic Biology”. Since July 2019, Sheref is also professor of Chemistry at University of Alberta.

What he does
What is the difference between a living being and a non-living being? Such a question seems to come straight out of school books, or science fiction. But even cell biology has something to say about it, something that might well surprise us.

At CIBIO Mansy’s laboratory focuses precisely on this: namely finding, at the cellular level, any intermediate steps between what is inanimate and what is not. More specifically, creating cells that can “breathe” artificially: cellular models to investigate thoroughly the distinction between living and non-living chemical systems.

This approach may have important implications with regard to the possible progress of cell therapies. For example, in Mansy’s laboratory, artificial cells, not living cells, are created which are able to fool natural bacteria. All cells communicate chemically with one another to control group behavior and to transduce signals, often through secretion and identification of specific chemical signals, as in the formation of bacterial biofilm, in stem cell differentiation and in synaptic signaling.

The artificial cells created in Mansy’s Lab “speak” the same chemical language as bacteria. Instead of manipulating living cells, it is therefore possible to act directly on artificial cells in order to control their evolution through communication on the chemical level.

More recently, Sheref Mansy has started to investigate the origins of iron-sulfur clusters to research a new boundary line between natural and artificial: the stage immediately before life.

This study, still under way, is financed by funds received from the Simons Foundation.