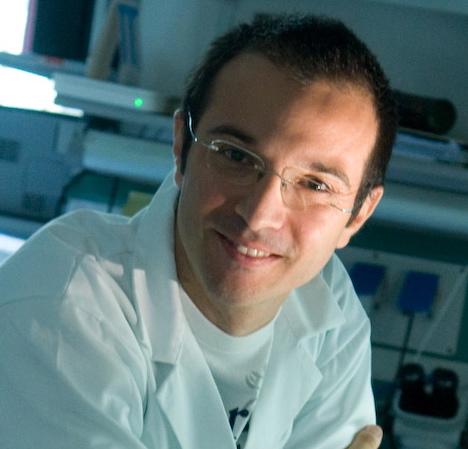 “Identification and Characterization of Factors Modulating the Function of the Drosophila Chromatin Remodelling ATPase ISWI”, 2004

Davide Corona graduated in Biological Sciences at the University of Palermo. After a research experience abroad – first in Germany at the European Molecuar Biology Laboratory in Heidelberg, then in the United States at the University of California – he returned to Italy, thanks to the Armenise-Harvard Foundations’ Career Development Award, and the Telethon Career Award Program. He thus became a researcher at the Telethon Dulbecco Institute in the Department of Biochemical Sciences, University of Palermo.

DNA is regulated by what can be considered molecular machines: if one tiny cog slips, the entire system can be compromised. Together with his research group, Corona studies how the mechanisms that regulate DNA accessibility can degenerate into pathology, from genetic diseases such as Williams syndrome to different forms of cancer.

Using the fruit fly as a model and a combination of genetic and biochemical approaches, Corona and his colleagues are studying the so-called “epigenetic factors“, elements that regulate the expression of genes that, when not working properly, can cause disease.

In fact, many human genetic syndromes are caused by epigenetic alterations and since they are reversible they are ideal targets for gene therapy.

Recently, Davide Corona’s research activity has focused on the relationship between epigenetic factors and stem cells.

Stem cells are special cells that are initially undifferentiated but can become any type of cell; they are finely regulated at the epigenetic level. During tissue regeneration some of these cells can divide and become other types of cells.

How can this potential be exploited in gene therapy? To answer this question, Corona and his colleagues have developed a series of biochemical and genetic approaches to discover and unravel the mechanisms involved in the identity of stem cells.