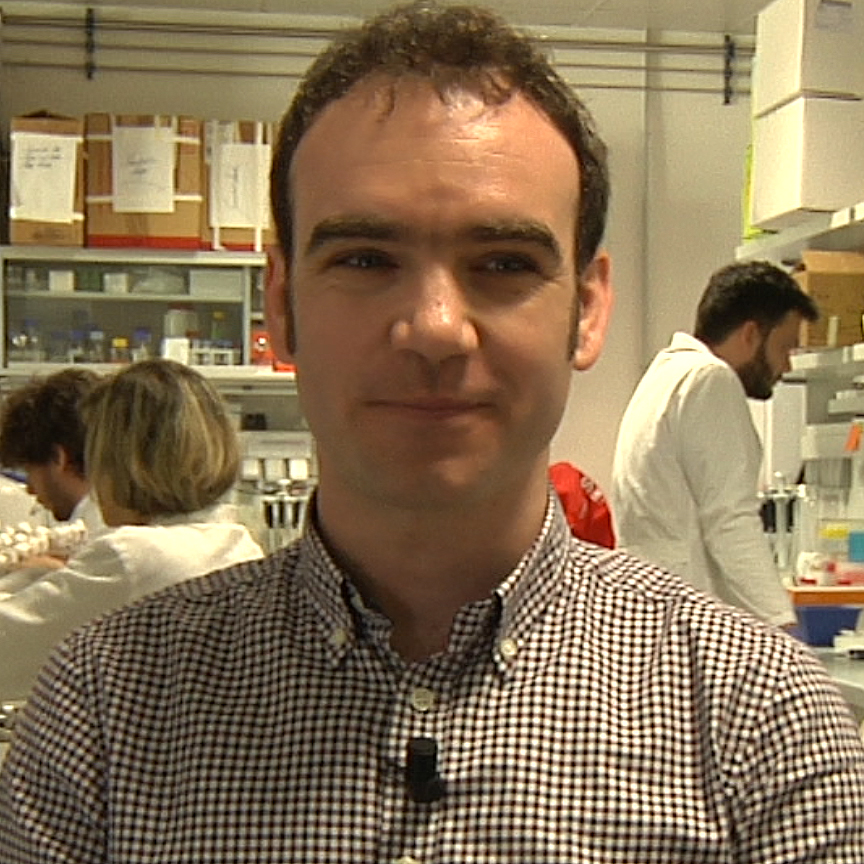 “How do cells count their centrosomes? A mechanistic study”, 2017

Luca Fava grew up in Bolzano, Italy, where he was born in 1983. He then studied at the University of Padova, where he completed an MSc degree in Molecular Biology.  Afterwards, he relocated to the Max Planck Institute of Biochemistry in Munich (group of prof. Nigg), where he carried out a PhD studying the process of cell division.

After spending some time at the University of Basel, he obtained a long-term fellowship by the European Molecular Biology Organization (EMBO) to move to the Medical University of Innsbruck (group of prof. Villunger). There he focused on the mechanisms of apoptosis, the cellular ‘suicide’ occurring when cells are damaged irreparably (in response for example to radiation, chemical or mechanical stress).

Since August 2017 he moved back to Italy thanks to the Career Development Award to lead a research group at CIBIO, the Centre for Integrative Biology in Trento.

When things go wrong in the process of cell division, or mitosis, irreparable errors frequently take place. This has in turn an impact on the cellular behavior and fitness. In such cases, our body triggers the programmed death of damaged cells in a process called apoptosis. Unfortunately though, this cellular suicide program can fail, allowing damaged cells to proliferate, thereby contributing to tumor initiation.

Luca Fava focuses on the stress signaling pathways that are turned on when mitotic errors occur and in particular he is analyzing the behavior of centrosomes. Centrosomes are cell-organizing organelles that coordinate the process of cell division. Usually healthy cells carry exactly one centrosome, which undergoes a tightly regulated process of duplication when cells commit to division. Thus, each daughter cell arising from a division inherits one centrosome.  Cancer cells, due to the high incidence of mitotic errors, frequently display more than one centrosome. This condition is not only associated with cancer but there is also mounting evidence that it represents a tumor driver.

Understanding the way healthy cells monitor centrosome numbers and how they react to mitotic errors in general may prove crucial for the future design of innovative strategies to combat cancer.

News from the lab

The new research team that will expand in the course of the coming years, will exploit advanced light microscopy methods to directly follow living human cells in their division activity. Proteomics will on the other hand allow dissecting the molecular mechanisms that define the cellular behavior in response to cell division errors.