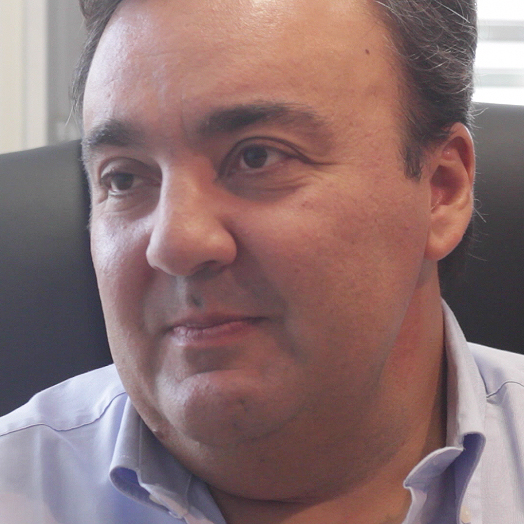 Vincenzo Costanzo, is a molecular oncologist who directs a research program on DNA metabolism at the Molecular Oncology Institute (IFOM) in Milan.

While still a medical student, Costanzo spent every summer in Max Gottesman’s laboratory at Columbia University in New York, conducting experiments on the cell cycle. After obtaining his doctorate in Biology and Cellular and Molecular Pathology in 2002 at the Federico II University in Naples, Costanzo moved to the United States where he made a sensational discovery: by adding DNA fragments to extracts of fertilized oocytes it is possible to reproduce in test tubes a full cellular response to DNA damage. He had there the first in vitro system for studying the biochemical function of proteins that are essential in DNA replication and repair. This discovery has had a vast impact in the scientific community, so much so that in just three years Costanzo published six articles in the most influential scientific journals.

In 2004 he moved on to the Clare Hall Laboratories in London, at Cancer Research UK, considered among the most important institutions in the world for DNA research. Here he worked closely with Tim Hunt, Nobel Prize winner in 2001 for his work on cell division. In 2013 he returned to Italy with the help of the Armenise-Harvard Career Development Award.

His lab at IFOM investigates genome stability in vertebrates. Putting to good use the potential of in vitro biochemistry together with imaging techniques, his team studies molecular mechanisms such as DNA replication and repair. In normal conditions a series of enzymes repair DNA from continuous damage caused by internal and external agents. But when these proteins fail to work, it creates the conditions for malignant transformation of the cell. In particular in the case of double strand breaks, i.e. the complete break of the DNA double helix, a very dramatic situation occurs and leads to a loss of valuable genetic information with severe damage to cell metabolism.

Costanzo has focused on molecules critical to the life of the cell, such as Rad51 which is directly controlled by BRCA2 – a protein linked to the formation of hereditary breast and ovarian cancer. Cells with this genetic mutation are unable to fix DNA correctly, but they develop alternative channels that are exploited by cancer cells. Focusing on these channels makes it possible to create highly targeted therapies as an alternative to conventional chemotherapies that zero in on both diseased cells as well as healthy ones.