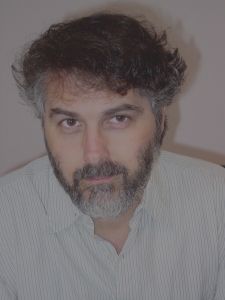 Daniel Finley graduated from Harvard College in 1980 and received his PhD from MIT in 1984, having worked with Alex Varshavsky and in collaboration with Aaron Ciechanover. His thesis work showed that the ubiquitin pathway is essential in mammals and is the major pathway for selective protein degradation. He was appointed in 1988 to the faculty at Harvard Medical School, where he remains today as a Professor in the Cell Biology Department. His laboratory is studying ubiquitination and proteasome function.

The lab’s main interest is the proteasome, the most intricate enzyme of the ubiquitin pathway and a key regulator of cellular function. Some time ago the group found that the proteasome, as it had been studied for decades, is missing a variety of key factors, since routine purifications strip them off. One is a deubiquitinating enzyme, Ubp6 (known in mammals as Usp14).

This is a powerful inhibitor of the proteasome. Ubp6 functions noncatalytically to delay the degradation of ubiquitinated substrate proteins. While it inhibits degradation, Ubp6 deubiquitinates the target protein. As deubiquitination proceeds (on a millisecond time scale), the loss of ubiquitin groups makes inhibition of degradation irreversible.

With Randy King, researchers from the lab identified small-molecule inhibitors of Usp14 from humans, which penetrate cells and allow for enhanced degradation of USP14 substrate proteins. Another proteasome-associated factor is Hul5, a ubiquitin ligase. Progressive deubiquitination of the substrate by Ubp6 is antagonized by Hul5. Thus, ubiquitin chains are in a dynamic state on the proteasome, and these chain dynamics regulate substrate selection by the proteasome.

One paper in press shows that USP14 only removes ubiquitin from substrates that carry more than one ubiquitin chain. This type of specificity is unprecedented among deubiquitinating enzymes. USP14 also seems to require that the ubiquitin chains be presented on flexible segments of the substrate. Finley’s lab is trying to better understand the mechanistic basis of these specificity rules.

An unrelated project, a collaboration with the laboratory of Mark Fleming (Boston Children’s Hospital), has addressed the question of how cells quickly transform their proteomes into the highly simplified states seen in many highly differentiated cell types such as red blood cells, lens fiber cells, and so forth.

Finley’s lab has found that the induction of a complement of ubiquitin ligases is responsible for much of this global remodeling of the proteome. The ligase that we have studied most closely is dramatically induced in differentiating cells and shows promiscuous ubiquitination, allowing it to promote the elimination of large set of proteins that are normally stable.