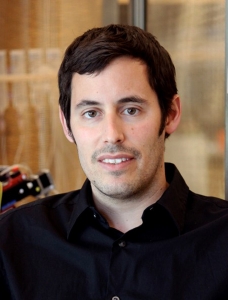 Pascal Kaeser is a native of Switzerland. He obtained his MD degree at the University of Zurich. In the laboratory of Dr. Adriano Aguzzi, he studied how infectious prions invade the central nervous system during transmissible spongiform encephalopathies. His research on molecular mechanisms at the synapse started with his postdoctoral training in the Laboratory of Dr. Thomas Südhof at the University of Texas Southwestern Medical Center and at Stanford University. As a fellow, Pascal discovered mechanisms through which primed synaptic vesicles are coupled to presynaptic calcium channels at sites of exocytosis called active zones.

In his own laboratory in the Department of Neurobiology at Harvard Medical School, Pascal studies how active zones are assembled and how they control neurotransmitter release.

Proper function of synaptic circuits relies on the precise control of synaptic transmission. Pascal’s major research focus is to understand molecular mechanisms that underlie speed, regulation and diversity in secretory pathways of neurons. Active zones are highly organized sites in a nerve terminal that set neurotransmitter release apart from other pathways for regulated exocytosis. His laboratory pursues three major questions: 1. Assembly mechanisms of the active zone are not well understood. He identifies molecular mechanisms that are required for release site assembly. 2. Neurotransmitter release is remarkably fast and functionally plastic. The laboratory dissects the molecular mechanisms that underlie the speed and plasticity of neurotransmitter release. 3. Secretory pathways in neurons are extraordinarily functionally diverse, but current molecular models don’t account for this diversity. He aims to determine the molecular architecture and function of the secretory apparatus for the neuromodulator dopamine. This project will reveal deep insight into dopamine release mechanisms and will likely lead to a better understanding of secretory diversity. Because speed, regulation and diversity are unique to neurotransmitter release compared to other secretory pathways, the central hypothesis of the laboratory is that the active zone controls these functions. He pursues a multi-disciplinary combination of experiments including electron, wide-field and super-resolution microscopy, protein biochemistry, mouse genetics, electrophysiology and live cell imaging to dissect pre-synaptic mechanisms.

Exciting new work addresses how specific protein interactions mediate active zone assembly at the vertebrate synapse. Currently, it is not well understood what the required scaffolding proteins and their mechanisms are in the assembly of this fascinating molecular machine. This is particularly true for vertebrate synapses because until recently no gene mutation has strongly disrupted the active zone structure, and molecular understanding of scaffolding has largely relied on in vitro binding experiments. Pascal’s laboratory has recently overcome this limitation by generating a mouse mutant that leads to disassembly of the active zone. This now offers the possibility to rebuild this molecular machine piece-by-piece at a synapse. This approach allows testing numerous hypotheses for active zone assembly that arise from in vitro biochemical studies and will reveal new, precise mechanistic insight into the assembly process.