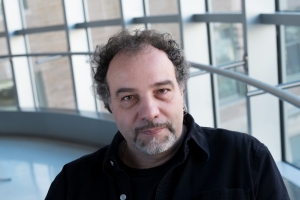 In 1999, Walz became an Assistant Professor in the Department of Cell Biology at Harvard Medical School and was promoted to Full Professor in 2007. From 1998 to 2015, he was an investigator with the Howard Hughes Medical Institute, and in 2015 he moved to the Rockefeller University, where he heads the Laboratory of Molecular Electron Microscopy.

The Walz group uses electron crystallography to determine the structure of membrane proteins, in particular aquaporins and transporters, and single-particle electron microscopy (EM) to visualize macromolecular complexes, currently focusing on complexes that play roles in vesicular transport, such as multisubunit tethering complexes.

A major focus of the group concerns the study of the structural basis that allows membrane proteins to perform their varied functions, taking advantage of the unique possibilities provided by EM. For example, membrane transporters are reconstituted into tubular crystals and exposed to different conditions to visualize the conformational changes that underlie substrate transport.

In parallel, a new approach is being established, based on single-particle cryo-EM of membrane proteins reconstituted into nanodiscs, to visualize how lipids regulate the conformation, and thus the function, of membrane proteins. Finally, the group engages in collaborations to help colleagues interested in using single-particle EM to answer their biological questions.

The Walz group has recently initiated single-particle cryo-EM work on AAA ATPases, chromatin remodeling complexes as well as complexes associated with vesicular transport, in particular the BBSome and retromer complexes.