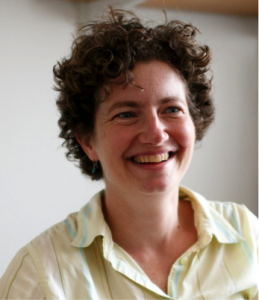 Rachel Wilson earned an A.B. in chemistry summa cum laude from Harvard College and a Ph.D. in neuroscience from the University of California, San Francisco. She did postdoctoral training at the California Institute of Technology before joining the faculty in the Department of Neurobiology at Harvard Medical School in 2004, where she is now the Martin Family Professor of Basic Research in the Field of Neurobiology. Her research contributions have been recognized by a MacArthur Foundation Fellowship and the Society for Neuroscience Young Investigator Award. In 2014 she was named the first Blavatnik Foundation National Laureate in Life Sciences. She served as Associate Director of the Harvard Ph.D. Program in Neuroscience for six years, and her mentorship of students and postdocs was recently recognized by a Young Mentor Award from Harvard Medical School.

The broad goals of Dr. Wilson’s research are (1) to understand how sensory information is processed by neural circuits, and (2) to describe the cellular, synaptic, and circuit mechanisms underlying these neural computations.

Her laboratory uses Drosophila as a model organism because the fly brain contains only ~100,000 neurons, many individual neurons are uniquely identifiable, and many neural connections are highly stereotyped.

Moreover, this organism allows new ideas to be tested rapidly, thereby creating a fertile ground for innovation and creativity. Because some of the fundamental problems of early sensory processing are likely to be common to all species, many lessons learned from simple brains should generalize to complex brains. Indeed, some key findings from Dr. Wilson’s lab have turned out to predict subsequent discoveries in analogous vertebrate sensory circuits.

Recently, Dr. Wilson’s lab has begun to study mechanosensory processing in the fly. They have discovered that there in the neurons in the brain that encode complex motions of the antenna caused by sound or wind. Some of these neurons can follow sound-induced antennal vibrations up to ~200 Hz, and are surprisingly selective for different frequencies of antennal movement.

Other neurons in the brain do not encode individual sound cycles, but instead encode slower variations in the overall amplitude of the sound. Yet other neurons in the central nervous system encode tiny deflections of the hairs that cover the body, and are specialized to extract specific features of hair movements.

These studies are revealing that neurons in the central nervous system can be exquisitely sensitive and remarkably specific for certain combinations of mechanical forces acting on the body.