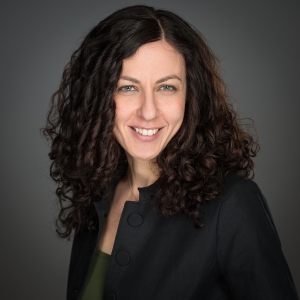 Galit Lahav, Professor of Systems Biology, received her PhD in 2001 from the Technion, Israel Institute of Technology. In 2003, she completed her postdoctoral fellowship at the Weizmann Institute of Science in Israel. She then spent a year at Harvard’s Bauer Center for Genomics Research, and in the fall of 2004, she joined the Department of Systems Biology at Harvard Medical School.

Her lab combines experimental and theoretical approaches to study the dynamics of signaling networks in human cells in order to understand cellular decision-making in individual cancer and healthy cells and why cells vary so dramatically in their response to specific drugs.

Lahav has been recognized for her excellence in both teaching and research through several awards and honors including the Vilcek Prize for Creative Promise in Biomedical Science and an Excellence in Mentoring award from Harvard Medical School. She is a dedicated mentor to new faculty at Harvard and organizes workshops and courses on leadership and managements skills for Harvard Junior Faculty. She is also highly committed to furthering the advancement of women in science.

The Lahav lab has pioneered live-imaging approaches together with mathematical and computational analysis to study the dynamics and function of fundamental signaling networks in individual human cells. In the last several years the lab has developed new tools to quantify the dynamics of the tumor suppressor protein p53 in individual living cells and revealed large heterogeneity between cells, which was previously masked by population averaged assays.

These new single cell tools allowed them to identify a novel mechanism by which information is transferred in cells. They determined that different inputs trigger different dynamical patterns of p53 and that the dynamics of p53 affect gene expression and cell fate. In addition, they found that the basal dynamics of signaling pathways contain important mechanistic information. They revealed spontaneous p53 pulses in basal conditions that are attenuated through specific posttranslational modifications.

Beyond the p53 network, the lab has developed tools to quantify DNA double strand breaks and mechanism of repair in single living cells. They determined the effect of cell cycle stage on the kinetics and choice of repair mechanism. They have also developed new mathematical approaches for extracting dynamics from fixed images and distributions, and determined the interactions between, and contribution of, different arrest mechanisms, and revealed a size-discriminatory process that acts to decrease cell-to-cell size variation.

Most recently, the lab used FCS for quantifying oligomers in living cells and studied the dynamics of the circadian clock in single cells in tissues.

Catherine A. Lee
Scroll to top