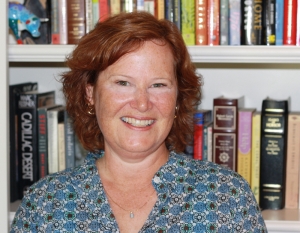 Grace Gill graduated with a B.A. (Honors) in Molecular Biology from the University of California, Berkeley and went on to obtain her Ph.D. in Biochemistry at Harvard University. It was during her graduate work in the laboratory of Mark Ptashne that she began her studies on the molecular mechanisms that regulate transcription.

After post-doctoral work with Robert Tjian at the University of California, Berkeley, she was appointed to the faculty in the Department of Pathology at Harvard Medical School. In 2007, she moved to Tufts University School of Medicine where she is currently Associate Professor in the Developmental, Molecular and Chemical Biology Department. Dr. Gill’s research continues to address fundamental aspects of transcriptional regulation with a focus on how post-translational modifications contribute to gene expression in the nervous system and during tumorigenesis.

Research in the Gill laboratory is directed towards understanding the molecular mechanisms that regulate transcription. Failure to properly regulate transcription, that is to turn the right genes on or off at the right time and place, contributes to developmental defects and disease. Recent efforts have been investigating how post-translational modification of the transcription factors Sp3 and Sp4 by the small ubiquitin related modifier, SUMO, and other modifications contributes to complex programs of gene expression.

Major efforts in the laboratory are directed towards:

These studies have broad implications for understanding fundamental pathways that are disregulated in human diseases including cancer and neuropsychaitric disorders.

Precise temporal, cell type-specific, and quantitative control of gene expression is critical to establish and maintain functional connections in the nervous system. The pattern of dendrites determines how a neuron integrates inputs. Researchers from the lab have reported that transcription factor Sp4 plays a non-redundant role in regulating dendrite patterning in developing cerebellar granule neurons. They have identified several Sp4 target genes including Nwk2 (Fchsd1) as an Sp4 activation target that regulates dendrite patterning and surface expression of the NMDA receptor.

Recent research has revealed that Sp4 is a calcium (Ca2+) regulated transcription factor. Grace’s group reported that Sp4 is required for membrane depolarization-dependent dendrite patterning and Sp4 phosphorylation and activity are regulated downstream of NMDAR signaling.   In addition to voltage gated channels (VGCCs), such as the NMDAR, neurons also express Stim1 and Orai proteins that mediate Store-operated Ca2+ Entry (SOCE), but the regulation and function of SOCE in neurons is only now beginning to be described.

The Gill lab has discovered that SOCE is active in neurons at resting membrane potential, under conditions when VGCCs are not active. Further, its studies show that Ca2+ signaling downstream of SOCE regulates Sp4 protein stability and levels. These findings indicate that SOCE not only functions to replenish calcium stores but SOCE also actively signals to promote changes in transcription factor activity in neurons.

Genetic studies have revealed an association between variations at the Sp4 locus and both Bipolar Disorder and Schizophrenia in humans.   In collaboration with Belen Ramos at the Fondacio Sant Joan de Deu in Spain, Gill and colleagues found reduced Sp4 protein, but not mRNA, in postmortem cerebellum of Bipolar Disorder.

Further, they have also reported that lithium, a mood stabilizer commonly used for treatment of Bipolar Disorder, regulates Sp4 levels and S770 phosphorylation. Taken together, these studies support the model that the mechanisms that regulate Sp4 levels and stability are altered in neuropsychiatric disease and in response to some therapeutics.