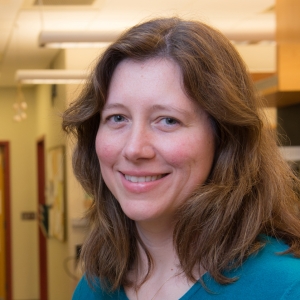 After a PhD in Molecular and Cell Biology at Brandeis University, Monica Colaiácovo joined Dr. Anne Villeneuve’s laboratory at Stanford University as a postdoctoral fellow. Colaiácovo is currently a Full Professor in the Department of Genetics at Harvard Medical School researching the mechanisms that promote accurate chromosome segregation during meiosis and that are therefore essential for reproductive health. Studies on checkpoint mechanisms regulating meiotic progression in the Colaiácovo lab were supported by the Armenise Harvard Junior Faculty Grant in 2008-2010.

Chromosomes carry our genomic blueprints and these have to be faithfully partitioned between cells every time they divide. Errors in this process can result in cells that carry either too many or not enough chromosomes leading to aneuploidy, which is commonly associated with tumorigenesis.

Achieving accurate chromosome segregation is a particular challenge faced during the specialized cell division program known as meiosis, which results in the formation of both eggs and sperm and is at the basis of human reproductive health. Defects during meiosis resulting in errors in chromosome segregation are associated with miscarriages, infertility, and birth defects such as Down syndrome. However, despite the critical importance of meiosis for human reproductive health, many of the mechanisms promoting accurate chromosome segregation, and the impact that our chemical landscape may have on these mechanisms, are still poorly understood.

The Colaiacovo lab is focused on understanding the mechanisms by which both genetic and environmental factors can impact meiosis, and they perform their work in a microscopic worm known as Caenorhabditis elegans. This is an ideal model system for studies of meiosis given the high degree of gene conservation it shares with humans, how easy it is to manipulate for genetic and cytological studies, and the ever-expanding arsenal of tools (CRISPR-Cas9 genome engineering, RNA interference, etc…) that can be applied to this system.

Colaiácovo’s work has led to fundamental new scientific discoveries at the forefront of the meiosis and germline maintenance fields, and the development of innovative new strategies for using C. elegans in scientific research.

First, the team discovered proteins that form the central region of the synaptonemal complex (SC), a zipper-like structure that holds homologous chromosomes together and is ubiquitously present during meiosis from yeast to humans. Researches from the lab determined the organization of the SC in C. elegans, which included establishing immuno-EM for germline studies in this organism, and showed that the C. elegans SC is organized similarly to the SC in rats and mice. They also identified an essential and conserved regulator of chromosome synapsis (CRA-1), which provided a key link between chromosome synapsis and DNA double-strand break (DSB) formation and repair.

Second, Colaiácovo’s group identified a critical regulator of sister chromatid cohesion (LAB-1), and demonstrated that it antagonizes the Aurora B kinase via the PP1 phosphatases, thereby insulating chromosome subdomains from premature loss of cohesion.

Third, the lab’s team provided the first in vivo demonstration that histone demethylases reverse lysine trimethylation and showed that they play critical roles in DSB repair in the germline.

Fourth, they discovered critical and conserved proteins involved in the resolution of late recombination intermediates, such as HIM-18/BTBD12/SLX4, and an unexpected role for the conserved nuclease SLX-1 in regulating crossover distribution.

Fifth, studies of Bisphenol A exposure and the development of high-throughput screens established C. elegans as an amenable, cost-effective, and physiologically relevant model to understand how our chemical landscape impacts meiosis.

Finally, with Drs. George Church at Harvard Medical School and John Calarco at Harvard University the group established CRISPR-Cas9 genomic engineering in C. elegans, which is revolutionizing the speed and precision with which site-specific genomic changes can be generated in this organism.