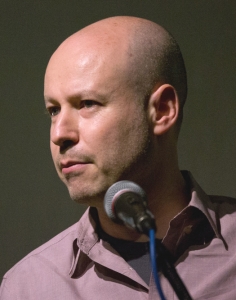 Adrian Salic received his PhD from Harvard University in 2000, working in the laboratory of Marc Kirschner. Adrian’s PhD thesis focused on the biochemistry of the Wnt signaling pathway, using frog embryos and extracts.

Communication between cells is critical for virtually every aspect in the life of a multicellular organism, beginning with the very earliest steps in embryonic development, all the way to its proper functioning as an adult. Defective cell-cell signaling, if it occurs during embryonic development, can led to birth defects, while if it happens in adults, can lead to diseases such as cancer. The Salic lab is interested in understanding the molecular mechanism by which animal cells send, receive and interpret signals.

To achieve this goal, the lab uses biochemistry, cell biology and chemical biology. Specifically, the lab focuses on two main directions: 1) Understanding the mechanisms involved in cell-cell signaling through a signaling pathway called the Hedgehog pathway; and 2) Synthesizing and validating novel chemical probes for microscopic imaging and functional assays of various biological molecules (including nucleic acids, proteins, lipids), in cells and in whole animals.

We discovered that cells produce a dedicated protein, which binds the Hedgehog ligand and shields its cholesterol moiety, thus greatly promoting its water solubility and thus its spread to faraway cells. Second, we investigated the role of oxysterols, a class of molecules derived from cholesterol by oxidation, which were known as strong activators of Hedgehog signaling. We determined that oxysterols activate the Hedgehog pathway by binding to a specific portion of a protein called Smoothened, which then activates Smoothened.