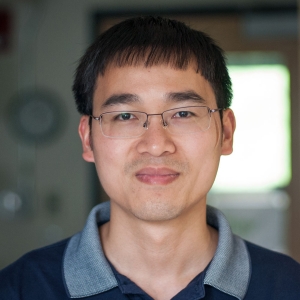 Maofu Liao received his Ph.D. degree from Albert Einstein College of Medicine in 2006. For his Ph.D. thesis, he worked with Dr. Margaret Kielian and studied the mechanism of virus-cell membrane fusion. He then joined Dr. Yifan Cheng’s group at UCSF and focused on using cryo-electron microscopy to study protein structure and function. Maofu was appointed Assistant Professor of Cell Biology at Harvard Medical School in 2014, and promoted to Associate Professor in 2018.

The research interests of Liao lab focus on using high-resolution cryo-electron microscopy (cryo-EM) to understand the structure, function and regulation of membrane proteins and other molecular machines. The goal is to uncover fundamental mechanisms of protein machineries, and also push the development of new methodology in cryo-EM. Single-particle cryo-EM emerges as a transformative approach for structural biology, mainly driven by several technical breakthroughs in recent years. Traditional X-ray and electron crystallographic methods for solving structures require the formation of well-ordered crystals, which often becomes a roadblock for structural analysis. In contrast, cryo-EM directly images the macromolecules frozen in buffer solution, and thus circumvents the need of crystallization. Cryo-EM has a number of other important advantages, such as small amounts of sample needed for EM analysis, suitability for studying different functional states, and computational sorting of mixed conformations from a single sample.

The Liao lab is particularly interested in revealing the mechanism of how proteins sense, move, and convert specific lipid molecules. Gram-negative bacteria are among the most difficult pathogen to combat, mainly due to their unique “outer membrane” which prevents most antibiotics from entering the cells. Lipopolysaccharide (LPS) is the major component of the outer membrane, and LPS molecules form a tightly packed barrier to exclude many antibiotics and detergents. Understanding and targeting LPS biosynthesis are crucial for developing novel antibiotics to break through the outer membrane and kill Gram-negative bacteria. Before being assembled in the outer membrane, LPS has to travel across the inner membrane, periplasm and outer member. This remarkable journey is powered by two ATP-binding cassette (ABC) transporters: MsbA and LptB2FGC. They have used single-particle cryo-EM and functional assays to reveal the mechanisms of these fascinating molecular machines. The resulting knowledge will also guide the development of novel classes of antibiotics.