You are here: Home / OUR SCIENTISTS / Junior Faculty Grantees / John A. Assad 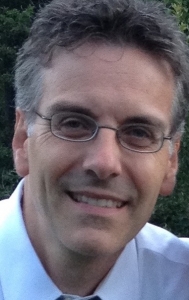 John Assad is a Professor of Neurobiology in the Department of Neurobiology at Harvard Medical School. He received his PhD from Harvard University and carried out postdoctoral research at Baylor College of Medicine. He is a former fellow of the Klingenstein Foundation and McKnight Endowment.

John’s lab is interested in the link between sensory and motor processing, including neuronal correlates of attention, flexible encoding, decision-making and valuation.

The lab uses electrophysiological and behavioral approaches to investigate neuronal underpinnings of these cognitive processes in mammalian models. Studies from the lab have focused on neocortical mechanisms and on neural processing in the basal ganglia. The lab is also active in the development of novel tools for large-scale recording and manipulation of neural activity in the brain.

The lab has carried out a series of studies on how a particular part of the brain, the parietal cortex, is involved in our ability to flexibly group of categorize objects in our environment.

Assad’s team has found that neurons in the parietal cortex are highly flexible “categorizers”, in that their electrical activity reflects learned category boundaries of visual objects rather than the physical properties of those objects per se.

Lower brain areas are more concerned with encoding specific physical properties, implying a transformation from a more sensory representation to a more cognitive or behaviorally relevant representation in parietal cortex. Such transformation would be critical in engendering appropriate actions in response to particular sensory input. The group’s findings also conform with recent dynamical neural models of parietal function.