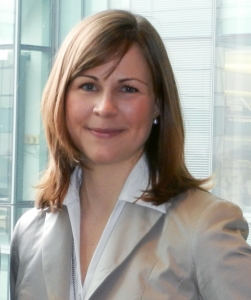 After receiving her Ph.D. in 2008, she completed a postdoctoral fellowship at the University of Southern California in 2009 and shortly after, was recruited back to Harvard where she was appointed Assistant Professor in the Department of Microbiology and Immunobiology in 2011. In 2014, she was promoted to Associate Professor at Harvard.

In September 2015, Dr. Gack moved to the University of Chicago where she has been an Associate Professor in the Department of Microbiology.

Dr. Gack’s research is focused on understanding how the intricate interplay between viruses and the host’s surveillance machinery impacts the outcome of viral infection and disease. To achieve this, her laboratory uses a multi-component integrative approach that combines proteomics and gene-targeting screens with molecular, biochemical, cell biological and viral infection studies.

One of her major interests is the control of viral infections by cellular factors of the immune system including innate immune receptors and TRIM proteins, which have important roles in antiviral and proinflammatory cytokine responses.

Another major area of research in her laboratory focuses on the strategies used by viral pathogens – influenza virus, dengue virus and herpesviruses – to block cell-intrinsic immune responses.

With funds provided by the Giovanni Armenise-Harvard Foundation, Dr. Gack has recently started to investigate the molecular mechanisms by which mosquito-transmitted viruses, such as dengue virus, suppress the innate immune response in humans.

Insight gained from these studies may provide the foundation for developing novel therapeutic strategies for mosquito-transmitted viral infections in humans or new classes of attenuated viruses for vaccines.